Some people might find this a difficult column to read. The words that follow might make some people uncomfortable. Yet, sometimes we must acknowledge uncomfortable truths in order to change and move ahead.

Poet Mary Hathaway once wrote,  “If rape was a colour it would be red.”  As I say that word out loud it becomes tangible, burning brightly the connotations of blood and aggression. But that colour also represents love, sexuality, and passion. To me, this perfectly illustrates the problematic nature of our understanding of sexual assaults. For as long as I can remember, rape has been mythologized and eroticized in paintings, literature, music videos, films, TV shows, and fashion magazines. We get mixed messages daily of what real rape is or whom the true victims are; it’s no surprise that rape culture continues to thrive and is a challenge for feminist organizations who call it out. 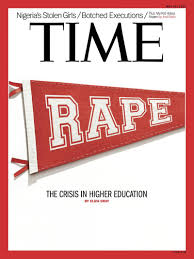 This also explains why there is a struggle to redefine sexual assaults and sexual harassment as ‘criminally violent’ even if the victim has no bruises and does not shed blood. Rape happens every day and many survivors will never see their day in court.  Then, to further invalidate their trauma, strangers start debating these women’s experiences on the Internet — even questioning evidence-based stats of sexual violence against girls and women — as well as denying the fact that the criminal justice system regularly fails to convict rape cases.  This is insulting and it perpetuates rape myths and policing women’s actions rather than men’s.

Most young girls and women have been warned to never be that female shrouded by the clichéd shadow of a tall, menacing figure in some dim, deserted, alley. Because, naturally, that is where women will be assaulted. 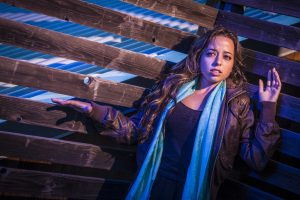 Consider this, when Israel’s former Prime Minister Golda Meir was asked to place a curfew on women to eradicate a suspected string of rapes at night, Meir simply replied, “But it is the men who are attacking the women. If there is to be a curfew, let the men stay home.”

Young girls are also physically policed with their clothing. As if the mere sight of their bodies such as a teenager exposing her belly button or unexpected exposure of a four-year-olds underwear will suddenly turn a normal person into a deviant.

But all too often and without even offering a non-shaming explanation, a young girl will be reprimanded or cautioned by an adult not to do a cartwheel or dangle from tree branches while wearing a summer dress. 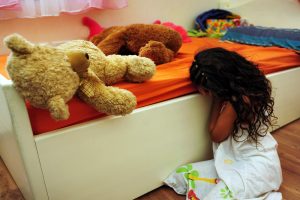 How often do we say such things to our little girls or high school girls enjoying the sun by the beach or poolside? Even though they are usually in less attire?

This situational body monitoring of girls and women is hypocritical not to mention confusing for young girls. It is just the beginning stages of how our culture begins shifting the focus under the guise of “prevention” to the potential victim even as they are children. It seems that what we are really suggesting is that if a girl or woman does get assaulted, especially in public, it was somehow instigated by their state of dress or a carelessly chosen location that caused it.

Classic victim blaming is also deeply rooted in rape mythology and it must be dispelled by education, which doesn’t just target the young and beautiful.

Some reasons these false beliefs persist is partly by the eroticizing of rape in our entertainment world and fashion industries. Similarly, it is also found in the media’s crime reporting when they wish to show an innocent victim one that almost exclusively covers attacks on attractive, thin, white teenage college girls.

Additionally, the veiled reproaching reports are counterproductive because they falsely assign blame to the victims because they were drunk or marginalized high-risk sex workers rather than just a victim who was raped.

Rape does not discriminate and yet we discriminate against the victims who we see as being more culpable than others. This must stop. Common sense does not deter it, clothes do not provoke it, and ‘carelessness’ does not condone it.

The views expressed here don’t necessarily reflect the opinions of other members of the Zonta e-Club of Canada1 or Zonta International.