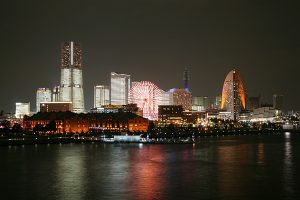 The best thing about attending a Zonta Convention is reconnecting with old friends and making new friendships. In the weeks since returning to Canada from the Zonta Convention in Yokohama, Japan, I’ve received many emails from members.

While there, we organized a meeting of e-Club members, which included Thailand and Bavaria. We shared ideas on club operations and online fundraising.

The first day of the Convention featured a “Share your Story Festival” in which Zonta clubs shared stories of advocacy, service, fundraising, and membership best practices. The e-Club of Bavaria showcased their fundraiser idea – a wine-tasting evening featuring a presentation by a wine master from the Rhine. This creative idea can easily be adapted to other food items or products.

The Opening Ceremonies began with a flag parade that represented the 66 countries in which there are Zonta Clubs and the flag bearers wore their country’s traditional ensembles. It was an awesome sight. Our District 4 Governor, Lori Robinson, emceed the event and Kathleen Douglass carried our Canadian flag. A very proud moment! 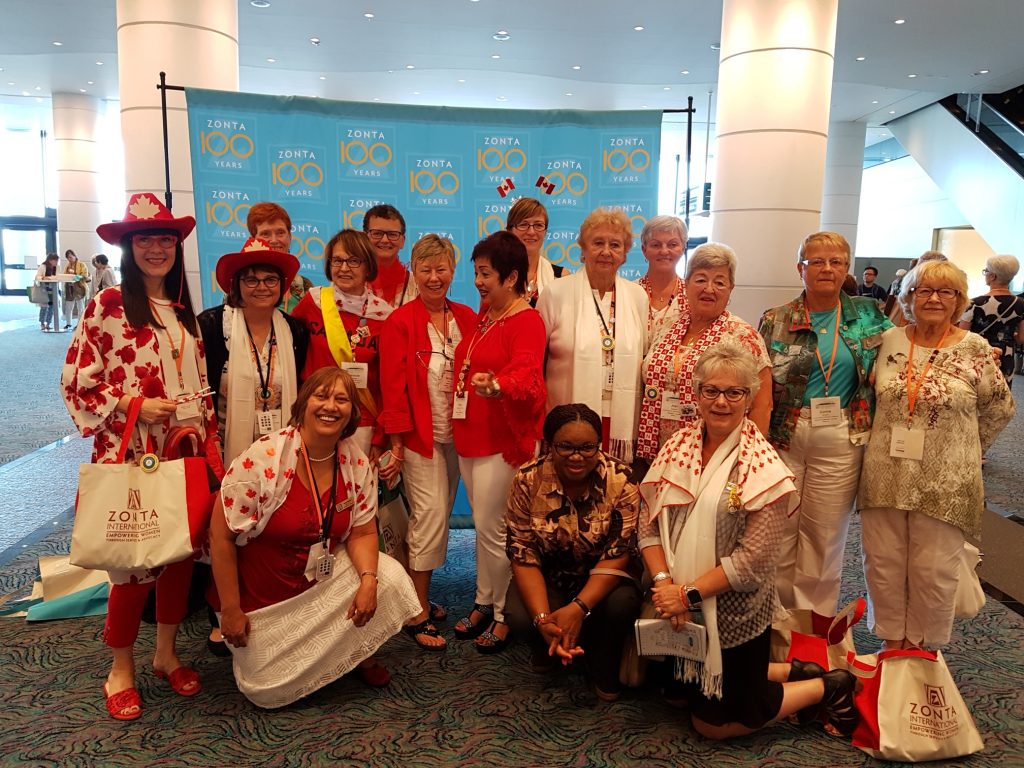 To celebrate Canada Day, we Canadians dressed in red and white. Throughout the Convention, all District 4 members wore white pashminas customized with the District 4 logo and the Zonta Centennial logo. We were easy to recognize.

As a delegate and proxy carrier for the Zonta Club of Geneva and Zonta Club of Jamestown, I participated in voting for bylaw changes and the incoming Zonta Board Members and Directors. It’s an interesting process that generates lively debates.  We also had an opportunity to learn about Zonta’s project proposals for the next biennium and to vote on their adoption.

For Zonta’s 100th Anniversary, a Centennial Celebration will be held in Chicago in 2020. I encourage all Zontians and guests to consider attending this Convention. It’s a memorable experience with numerous teachable moments. And you make friends for life.