A tribute in light can be something of an art installation that nudges by-passers to pause and show solidarity for the cause.

For the Zonta e-Club of Canada1, gender issues are central to our mandate, which is why we are delighted to announce that the 3D Toronto Sign in Nathan Phillips Square and the iconic CN Tower in downtown Toronto will be illuminated with orange light on November 25, 2017 for the launch of the 16 Days of Activism against Gender Violence Campaign and the UN’s International Day for the Elimination of Violence Against Women. The colour orange is used to symbolize a brighter future without violence. 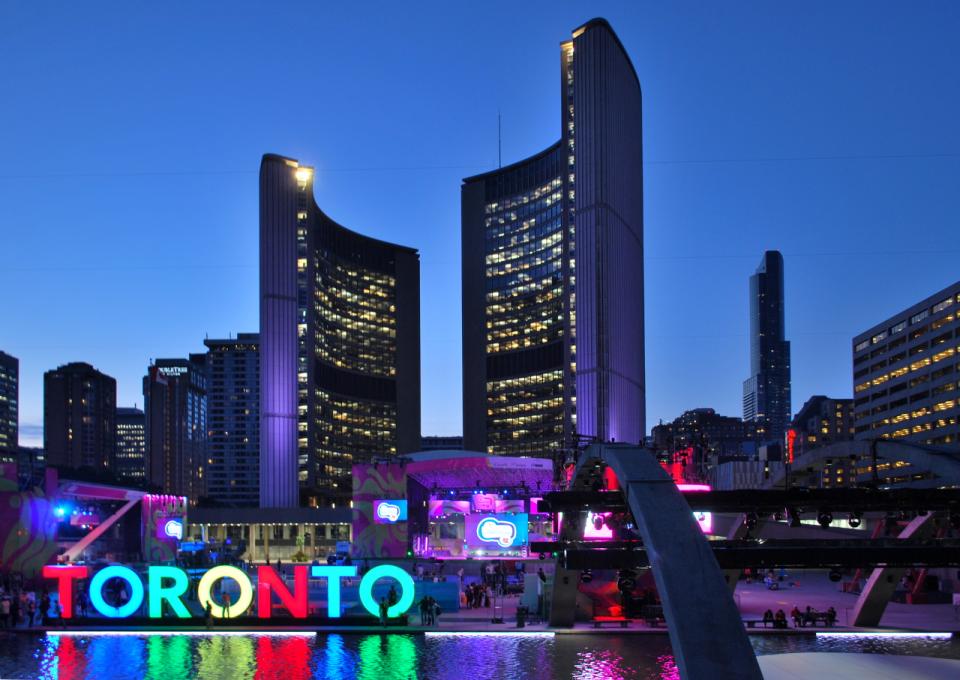 The special orange light will be in rotation with the sign’s original multicoloured pattern, from approximately 9 am on Saturday, November 25 until 9 am on Sunday, November 26.

This bold visual reminder from Toronto, one of the most multicultural cities in the world, sends an outstanding message: the city’s commitment to support and eliminate gender-based violence in Canada and, indeed, around the world. The Zonta e-Club of Canada1 made the request to the City of Toronto in cooperation with the Ottawa Coalition to End Violence against Women (OCTEVAW) and ManUp. 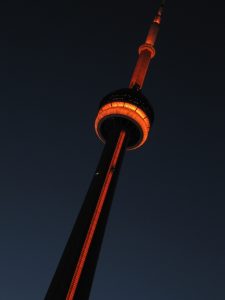 NOVEMBER 25th AT THE CN TOWER

We’re excited to announce that the CN Tower will also be lit in orange light on November 25th. We appreciate the commitment shown by the City of Toronto to call attention to the need to work toward the elimination of violence against women.

We invite Zonta members and other supporters to come to Nathan Phillips Square and the CN Tower with family and friends on November 25, 2017, to take photos, and share them on their social media platforms. Tag us with #ZontaOrangeLight, and if possible, #share3DTO as a thank you to the City of Toronto.

Whether red, white, yellow, or orange, light has had a cultural history and, since earliest times it has represented intellectual illumination and enlightenment. Access to light indicated social privilege. During the Industrial Revolution, gas and electricity brought light to the masses. Light has been shed on galaxies to mitochondria, and on smallest cells. Diwali is a celebration of light. Light helps us get up in the morning and fall asleep at night. Human circadian rhythms depend on light. In short, light reaches the furthest corners of the earth.

The Zonta e-Club of Canada1 is thrilled to see the orange light in Toronto and to be part of a movement that shines orange light around the globe to raise awareness of ending gender-based violence. Please join us.

The views expressed here don’t necessarily reflect the views members of the Zonta eClub of Canada1  or Zonta International.